Well it had to happen , l guess - Oliver lost his first game this season. Oliver started as right striker and with a great run down the sideline to set up the second goal things where looking good.
A move to defence in the second half left him a little lost. While still directing the troops from the last line, a bit more attention to the ball coming in will help. The boys are disappointed , however it looks like they will still move up a division after the break for the long weekend. 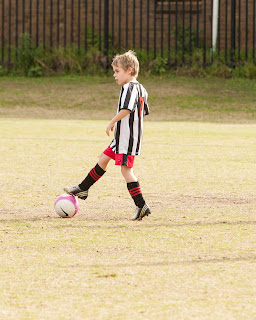 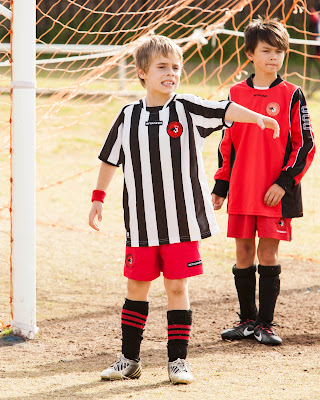 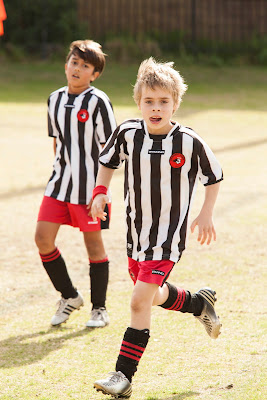 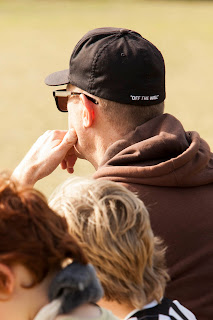 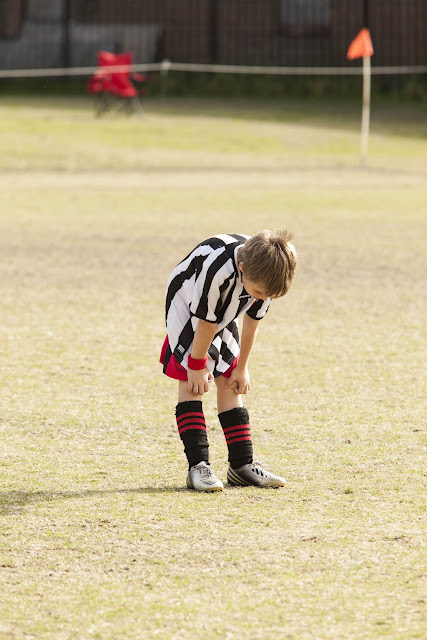 Posted by ashleigh carter at 14:40